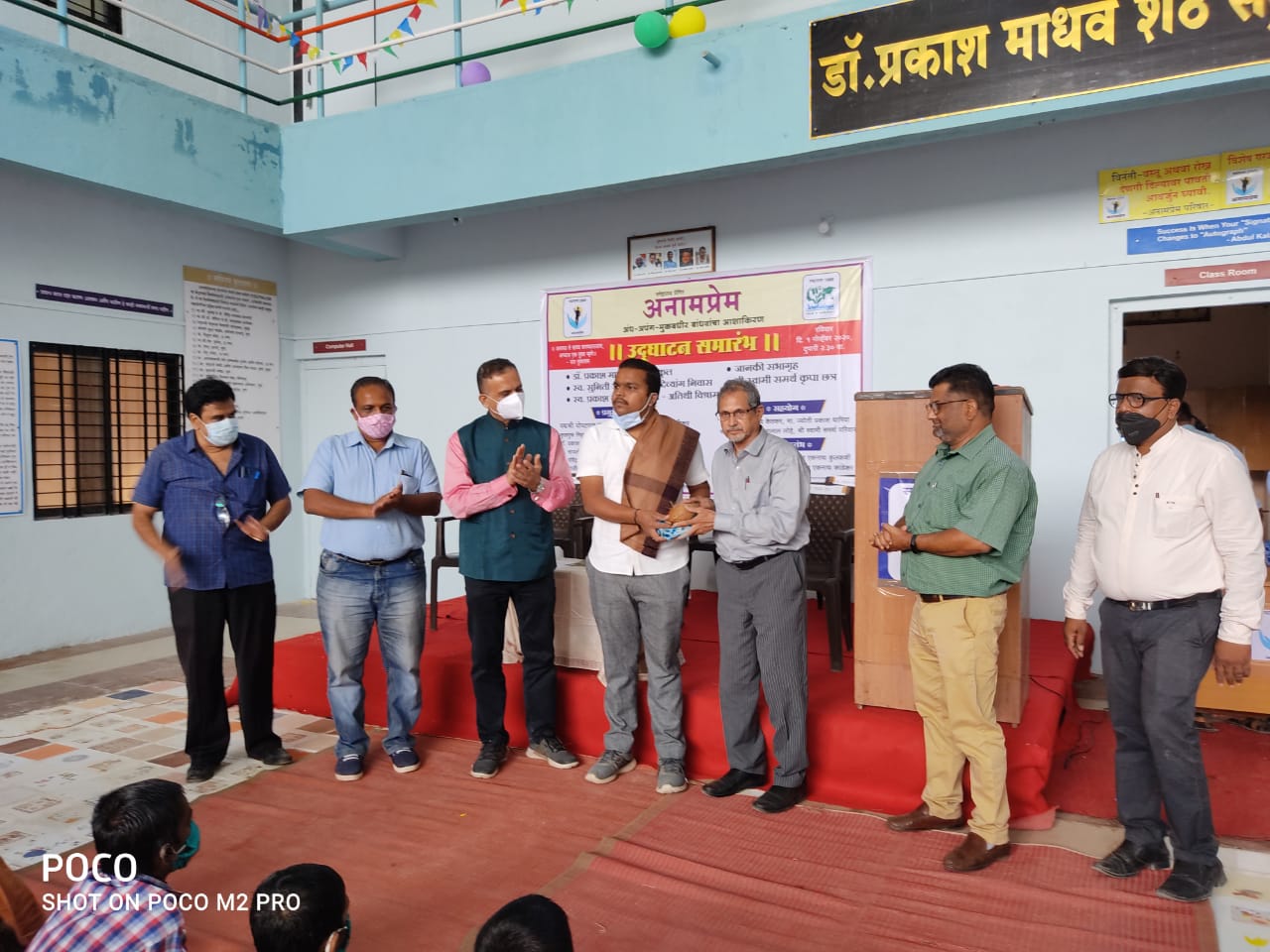 It was a glorious day for everyone at Anamprem. It was the inauguration of the ‘Dr. Prakash Madhav Sheth Sankul’. We, at Anamprem, were eagerly awaiting this day. The anchor for the event was Nilesh Shinde (a past beneficiary of Anamprem and now a successful banker). The event started with inauguration of the new rehabilitation centre for the differently abled by Advocate Uday Warunjikar and Dr Prakash Sheth in the presence of Ms Sayali Soman, Smt Pramilatai Kulkarni and many more.
The event was livened by a recitation of a beautiful poem by Dayanand Khadse, who is a Braille teacher at our Gaurang Abhinav Shala. Ajit Kulkarni, co-founder of Anamprem, then introduced the guests of the evening. Shri Ajit Mane (President of Anamprem) enlightened everyone about the journey of Anamprem and the future course ahead. Dr Prakash Sheth expressed his sentiments on the occasion and his humility impressed all present. Kiriti More Sir wished Anamprem luck for the future and ended his small speech. Dr Bapusaheb Kandekar and Dr. Ravindra Somani had also visited the inauguration site. Advocate Warunjikar ended the event with his powerful speech and urged Anamprem to perform better and be a role model to the entire nation as a rehabilitation centre.